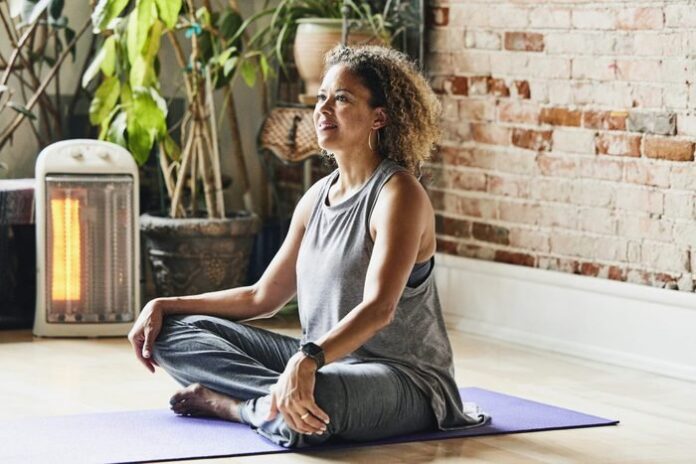 Out of every 10 people, one has an immune system that attacks their own body—and 80 percent of those people are women. Why? We got answers.

Chronic pain, insomnia, joint pain, rashes, gastrointestinal issues, severe allergies, hair loss, brain fog, and fatigue are just a few of the debilitating symptoms that Ami Paulsen, a 40-year-old mom of two, struggles with daily. It impacts every aspect of her life—limiting what she can do, forcing her to eat a very precise diet, and take handful of supplements and medications. But the most difficult part to live with?

“No one can tell me what’s happening to me,” she tells The Healthy @Reader’s Digest. “I’ve spent thousands of dollars, done every test imaginable, and spent so much time seeing doctors and researching, and I still don’t know what’s wrong with me. And if we don’t know what’s wrong, we can’t fix it, which is super depressing.”

While she’s received many diagnoses over the years, including inflammatory arthritis and fibromyalgia, all Paulsen’s doctors know for sure is that her conditions are autoimmune in nature, meaning that her symptoms are a result of her immune system going into “hyperdrive” and attacking her own body.

Paulsen isn’t alone—far from it.

How common are autoimmune diseases in women?

Nearly one in 10 people worldwide suffer from some type of autoimmune disease…but perhaps the really alarming statistic is that nearly 80 percent of those sufferers are women.

Autoimmune disorders occur when the body’s immune system creates “autoantibodies” that mistake the body’s own healthy cells as intruders and attack them. It’s an umbrella term for about 80 diseases, including Type 1 diabetes, multiple sclerosis, rheumatoid arthritis, lupus, Celiac disease, Crohn’s disease, and Hashimoto’s (thyroid) disease—and they all affect women at a much higher rate than men. (This is why all women need to know the silent signs of lupus.)

These diseases range from debilitating to disabling to—in some cases—terminal. This makes it extremely important to figure out the who, what, and why behind them, and how to treat them, says H. Michael Shepard, PhD, a biooncologist and autoimmune disease researcher, and founder of Enosi Life Sciences, a research and development company for therapeutics for autoimmune diseases and cancer. “We know that women are far more likely than men to suffer from multiple sclerosis, rheumatoid arthritis, lupus, and other autoimmune disorders,” says Dr. Shepard, who invented Herceptin (Trastuzumab), a drug that fights HER2+ breast cancer by targeting the immune system. “But ‘Why?’ is the million dollar question.”

Why are autoimmune diseases higher in women?

It starts with sex differences in the immune system. Dr. Shepard explains that women and men both have the same immune system. However, women’s immune systems are more responsive, producing a more “vigorous” immune response to their environment and having higher antibody production than men. (However, he adds, when men do get autoimmune diseases, they are often more severe.)

He says this is one of the great ironies of biology: the stronger the immune system, the more vulnerable you are to being attacked by it.

Why women have more reactive immune systems is a mystery. One theory is that women evolved to have stronger immune systems to fight off infections to protect growing babies. In modern times this comes at a cost—the increased risk that the body will mistake itself for the invader and then attack, causing autoimmune disease.

The role of hormones in autoimmune diseases

Part of the answer lies in the differences between male and female levels of sex hormones. “Sex hormones further amplify this hyperimmune response, which leads to an increased prevalence of autoimmune diseases in women,” he says. Estrogen increases immune hyperreactivity, while testosterone protects against it.

In addition, testosterone reduces the number of B cells, a type of lymphocyte—an immune cell produced in the spleen—that releases harmful antibodies, according to a 2018 study published in Nature Communications.

Women are also more likely to have an increased amount of a particular type of B cells, called age-associated B cells, known to increase autoimmune diseases, a 2017 study published in Journal of Clinical Investigation noted. These cells are found at high rates in autoimmune patients and increase with age. (Women also generally live longer than men, which may be another factor.)

The researchers noted that women may also be more susceptible to exposure to environmental factors that affect estrogen levels, like endocrine disrupters and estrogen mimics. This increases the risk of autoimmune diseases.

Women may be more susceptible to autoimmune diseases, particularly lupus, at a genetic level, according to a 2019 study published in JCI Insight. There is a “molecular switch” in skin cells, called VGLL3, which appears to trigger an overreaction by the immune system by activating certain genes associated with the immune system—and researchers discovered that women have far more of these molecules.

Right now, as women like Ami Paulsen have learned, autoimmune diseases can be managed, but not cured. Much more research needs to be done into treating these illnesses—particularly in women, says Dr. Shepard, who calls the gender disparity “troubling.” This research starts with understanding why autoimmune illnesses affect women more.