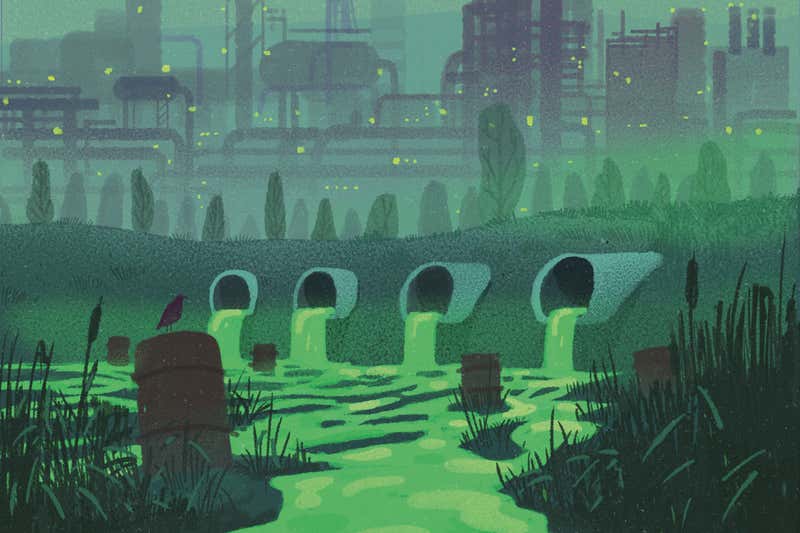 IT IS the 29th century and Earth is a dump. Humans fled centuries ago after rendering it uninhabitable through insatiable consumption. All that remains is detritus: waste mountains as far as the eye can see.

This is fiction – the setting for the 2008 Disney Pixar movie WALL-E. But it may come close to reality if we don’t clean up our act. “We all know the challenge that we’ve got,” says Mary Ryan at Imperial College London. “We can find toxic metals in the Himalayan peaks, plastic fibres in the deepest reaches of the ocean. Air pollution is killing more people than the current pandemic. The scale of this is enormous.”

Back when WALL-E was made, pollution and waste were near the top of the environmental agenda. At the 2002 Earth Summit in South Africa, global leaders agreed to minimise the environmental and health effects of chemical pollution, perhaps the most insidious and problematic category. They set a deadline of 2020 (spoiler alert: we missed it).

Recently, climate change and biodiversity loss have dominated environmental concerns, but earlier this year the UN quietly ushered pollution back to the top table. It issued a major report, Making Peace with Nature, declaring it a third great planetary emergency. “Do I think that is commensurate with the risk? Yes, I do,” says Ryan.

“It justifies being right up there at the top,” says Guy Woodward, also at Imperial. The key question, though, is what pollutants we should be worried about. “Many are innocuous. Some aren’t. Some interact in dangerous ways. That is what we need to grapple with,” says Woodward.

Can Caffeine Really Cause Insanity?

Why Does the Fed Change the Interest Rate?