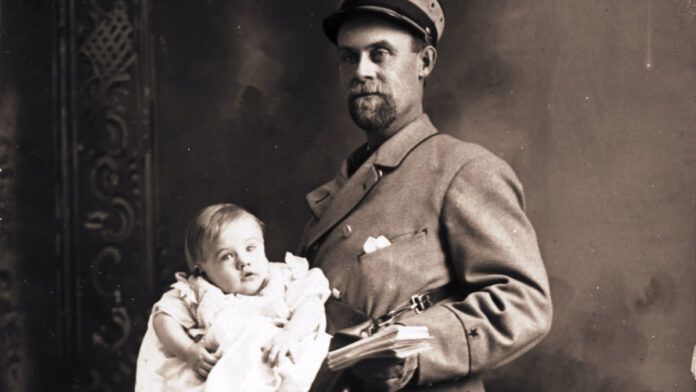 In January 1913, one Ohio couple took advantage of the U.S. Postal Service’s new parcel service to make a very special delivery: their infant son. The Beagues paid 15 cents for his stamps and an unknown amount to insure him for $50, then handed him over to the mailman, who dropped the boy off at his grandmother’s house about a mile away.

Regulations about what you could and couldn’t send through the mail were vague when post offices began accepting parcels over four pounds on January 1, 1913. People immediately started testing its limits by mailing eggs, bricks, snakes and other unusual “packages.” So were people allowed to mail their children? Technically, there was no postal regulation against it.

“The first few years of parcel post service—it was a bit of a mess,” says Nancy Pope, head curator of history at the National Postal Museum. “You had different towns getting away with different things, depending on how their postmaster read the regulations.”

Pope has found about seven instances of people mailing children between 1913 and 1915, beginning with the baby in Ohio. It wasn’t common to mail your children, yet for long distances, it would’ve been cheaper to buy the stamps to send a kid by Railway Mail than to buy her a ticket on a passenger train.

In addition, people who mailed their children weren’t handing them over to a stranger. In rural areas, many families knew their mailman quite well. However, those two viral photos you might have seen online of postal workers carrying babies in their mailbag were staged photos, taken as a joke. A mailman might have carried a swaddled child who couldn’t walk, but he wouldn’t have let a diaper-wearing baby sit in a pile of people’s mail.

In the case of May Pierstorff, whose parents sent her to her grandparent’s house 73 miles away in February 1914, the postal worker who took her by Railway Mail train was a relative. The Idaho family paid 53 cents for the stamps that they put on their nearly six-year-old daughter’s coat. Yet after Postmaster General Albert S. Burleson heard about this incident—as well as another inquiry someone had made that month about mailing children—he officially banned postal workers from accepting humans as mail.

Still, the new regulation didn’t immediately stop people from sending their children by post. A year later, a woman mailed her six-year-old daughter from her home in Florida to her father’s home in Virginia. At 720 miles, it was longest postal trip of any of the children Pope has identified, and cost 15 cents in stamps.

In August 1915, three-year-old Maud Smith made what appears to be the last journey of a child by U.S. post, when her grandparents mailed her 40 miles through Kentucky to visit her sick mother. After the story made the news, Superintendent John Clark of the Cincinnati division of the Railway Mail Service investigated, questioning why the postmaster in Caney, Kentucky, had allowed a child on a mail train when that was explicitly against regulations.

“I don’t know if he lost his job, but he sure had some explaining to do,” Pope says.

Though Maud seems to be the last successfully mailed child, others would later still tried to mail their children. In June 1920, First Assistant Postmaster General John C. Koons rejected two applications to mail children, noting that they couldn’t be classified as “harmless live animals,” according to the Los Angeles Times.