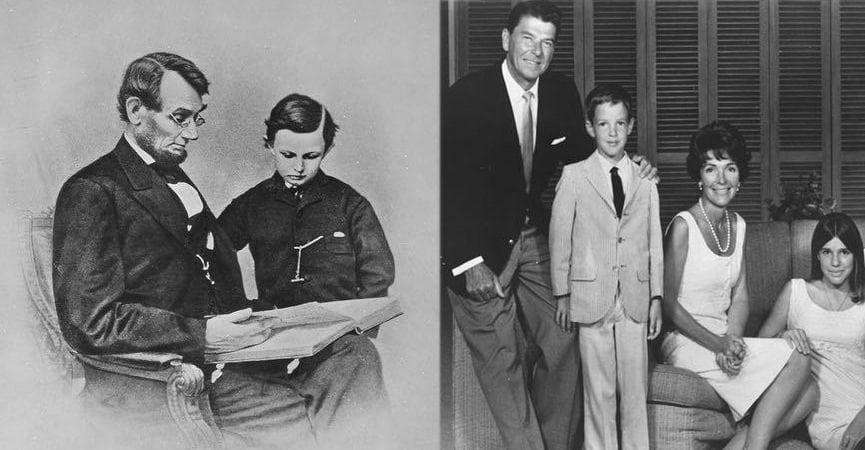 The Roosevelts were the ultimate power couple during the first half of the 20th century. Both left important political legacies: Franklin Roosevelt was the president who led the United States through the Great Depression and WWII, and fascinating facts about Eleanor Roosevelt‘s life include how she organized press conferences at the White House exclusively for women journalists. She was a champion for women’s rights and racial equality, and she was appointed as the first female deputy director of the Office of Civilian Defense. Political achievement and support for each other’s ambitions defined both of their lives, but Franklin and Eleanor’s private lives were far less successful than their public personas.

Their marriage began well, and the admiration they had for one another was undeniable, but infidelities and betrayal forced their relationship to change from romantic adoration to mutual respect for one another’s intellectual and political ambitions. They had romantic relations with other people during the span of their marriage and lived the majority of their personal lives separate from one another, but they remained a unit to solidify their legacies.

They Were Distant Cousins Who Reconnected In Young Adulthood

When Eleanor married Franklin in 1905, she didn’t have to change her name: they were fifth cousins once removed, descended from two branches of the New-York-based Roosevelt family. The two had known each other in childhood, but they did not develop a relationship until they reconnected in the New York social scene after Eleanor returned from boarding school in England.

When they married, their mutual relative President Theodore Roosevelt congratulated the couple by saying, “There’s nothing like keeping the name in the family.”

In 1918, Eleanor found secret love letters between her secretary, Lucy Mercer, and Franklin. Understandably heartbroken, Eleanor confronted her husband and wanted to end the marriage. Her mother-in-law, Sara Roosevelt, intervened and persuaded Eleanor to remain married by promising financial support.

Franklin and Eleanor continued as husband and wife, but only in name. Though they still played an essential part in one another’s lives, their romantic partnership had virtually ended. Both parties may have later found emotional and romantic fulfillment outside the marriage.

Lorena Hickok May Have Been Eleanor’s Lover

Throughout his marriage to Eleanor, Franklin pursued romantic relationships with other women – and Eleanor may have done the same. One of the most significant relationships of Eleanor’s life was with Lorena Hickok, a journalist who covered the Roosevelt White House. Their relationship deepened after 1936 when Hickok moved into the White House.

Though scholars still debate whether or not it was a romantic relationship, thousands of letters exchanged between the two women, containing sentiments like “I ache to hold you close,” suggest they may have been intimate.

Franklin May Have Had A Decades-Long Romance With His Secretary

The Roosevelt marriage nearly collapsed when Eleanor discovered that her husband was having an affair with her secretary, Lucy Mercer. But Mercer was not the only secretary with whom Franklin allegedly shared a romantic relationship.

Missy LeHand served as Franklin’s personal secretary for decades. LeHand managed all aspects of Franklin’s life, including serving as hostess at his Warm Springs rehabilitation center and the White House.

Scholars continue to debate whether or not their relationship was romantic, but some family members certainly seemed to think it was – Franklin and Eleanor’s son, Elliott, claimed there was an intimate component to his father and LeHand’s relationship.

Eleanor Was Close To Her Bodyguard, And Some Claim Their Relationship May Have Been Romantic

Like Franklin, Eleanor looked outside the bonds of marriage for emotional partnerships. Earl Miller, a New York state trooper, became her bodyguard in 1928. Miller maintained a profound, supportive presence in Eleanor’s life for several years. They rode horses together and took walks through the woods.

Miller encouraged Eleanor to take pride in who she was; whenever he was around, she supposedly felt confident and confided in him. It is suspected they may have been in love with one another.

A European Royal Was Referred To As Franklin’s ‘Girlfriend’

Among the women with whom Franklin supposedly had extramarital affairs was a European royal, Princess Märtha of Sweden. She spent time with the Roosevelts during WWII, and though some historians are uncertain how to characterize their relationship precisely, many have noticed the princess had particularly enjoyed Franklin’s company.

The flirtation between the pair was so apparent that White House staff referred to the princess as “the president’s girlfriend.” Franklin even took her on a yacht without his wife.

Eleanor Thought Intimacy Was An ‘Ordeal’

Eleanor may have been excited to marry Franklin, but she was decidedly less enthusiastic about being intimate with him. She believed such activities were an “ordeal,” an obligation that needed doing rather than done for pleasure.

Despite her private views, Eleanor gave birth to six children over 10 years, five of whom lived to adulthood.

Their Relative, President Theodore Roosevelt, Stole The Spotlight At Their Wedding

Franklin and Eleanor married in a private ceremony, but the bride and groom weren’t the stars of their wedding. Eleanor’s father, Elliott Roosevelt, had passed when she was 10, so his older brother, President Theodore Roosevelt, made a quick stop to be her surrogate father.

On March 17, 1905, Teddy left New York City’s St. Patrick’s Day Parade and arrived at the small townhouse where the ceremony took place. The crowd loitering around the townhouse reportedly could be heard from inside, screaming, “We want Teddy!”

Immediately after the wedding was over, Teddy left the house, and all the wedding guests followed suit, leaving Eleanor and Franklin standing alone.

They Spent Much Of Their Time Separately

After the private breakdown of their marriage in 1918, Franklin and Eleanor led increasingly separate lives. Between Franklin’s political aspirations and paralysis treatment in the 1920s, the couple spent a lot of time apart. One biographer estimated that Eleanor was with her husband for only four out of the 116 weeks that Franklin traveled that decade.

Their frequent time apart meant that Franklin and Eleanor were accustomed to living separate lives. And there was no greater expression of this than their retreats.

In the wake of his paralyzing illness, Franklin spent time recuperating at Warm Springs, a rehabilitation center he purchased in Georgia. Eleanor, on the other hand, maintained her private getaway cottage at Val-Kill, near the Hyde Park family estate in the Hudson Valley.

Franklin and Eleanor were young when they first planned to get engaged – he was 21 and she was 19. In 1903, Franklin told his mother of his plan to marry Eleanor. Franklin’s mother, Sara Ann Delano Roosevelt, was a huge presence in his life, and she cautioned the young couple against rushing into marriage. She urged her son:

I know that in the future I shall be glad and I shall love Eleanor and adopt her fully when the right time comes. Only have patience, dear Franklin, don’t let this new happiness make you lose interest in work or home.

After all, Franklin’s professional life was on the rise: he had just graduated from Harvard and was about to begin law school. Sara, not fond of her son’s chosen partner, introduced Franklin to other women, but Franklin and Eleanor officially announced their engagement in October 1904.

Sara cast a shadow over Eleanor and Franklin’s marriage. She continued to micromanage aspects of Franklin’s life and insert herself into their growing family until she passed in 1941.

Eleanor Encouraged Franklin’s Reentry Into Politics After His Debilitating Illness

Thirty-nine-year-old Franklin had his life forever changed in 1921 when he fell ill during a family trip to their cottage at Campobello Island. Over the course of a few days, the lower half of his body became paralyzed. Doctors diagnosed him with polio, though some scholars now think he may have had Guillain-Barré syndrome.

Regardless of its cause, Franklin’s paralysis had a lasting impact on his life. In 1921 he decided to take time off from his political career to focus on his health, and around 1926 he bought Warm Springs, a hot springs resort in Georgia he had regularly visited, and converted it into a polio rehabilitation center.

After some time, Eleanor sensed that Franklin might be unhappy if he did not pursue his political ambition. It was because of her and Franklin’s close friend, Louis Howe, that Franklin resumed his political career and was elected governor of New York in 1928.

Eleanor Was A Valued Advisor To Her Husband During His Presidency

Franklin and Eleanor’s relationship changed dramatically in 1918 after Eleanor learned of Franklin’s affair with Lucy Mercer, but they continued to play an essential role in one another’s lives. When Franklin was elected president in 1932, Eleanor resolved to establish her public presence.

She was a critical voice in her husband’s White House, expanding the role of First Lady; Franklin often consulted her on presidential matters. Often independent of Franklin, she traveled across the country to report back on government institutions and programs while advocating for civil rights and gender equality. Together, they were a political power couple.

They Spent Many Of Their Summers Together On Campobello Island

Some of Franklin and Eleanor’s happiest – and saddest – memories were made at their summer cottage retreat on Campobello Island. Located just over the Canadian border in New Brunswick’s Bay of Fundy, the small island was a world away from their duties and obligations.

Franklin spent most of his summers as a child at Campobello fishing, hiking, learning to sail, playing tennis, and much more. It, too, was where Franklin first courted Eleanor. After getting married, they inherited a cottage next door to Sara Roosevelt’s.

It was a place of solitude and tranquility for the couple and, as their children grew older, a place for them all to bond. The family regularly made trips to the island and spent the time hiking, berry-picking, and having picnics.

It was also the site of the Roosevelts’ greatest tragedies. It was here that Franklin fell ill and became paralyzed from the waist down.