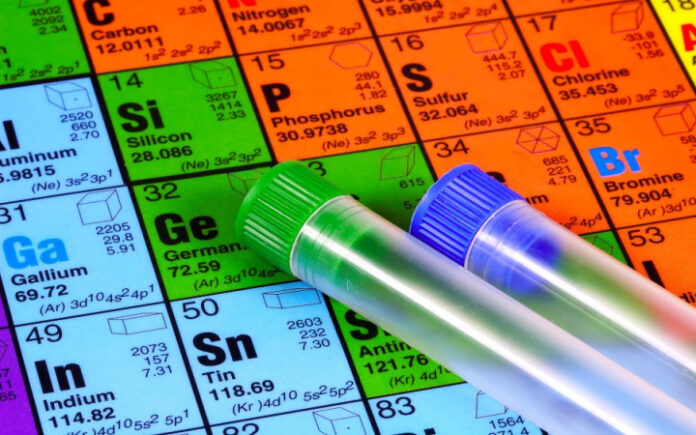 Have you ever WONDERed what the world is made of? Look around you. What makes flowers? How about clouds? What makes the fork you eat? Or the food on your plate?

Thanks to modern chemistry, we can learn what things are made of. Years ago, ancient people had their own ideas about what made up the universe.

The ancient Greek thinker Aristotle believed that four elements made up the world. Those elements were air, fire, water, and earth. As time went on, others added to this list. They realized objects in the universe were also made of wood, ether, and metal.

Eventually, people started looking at things more closely. Today, we know everything in the world is made up of atoms. And those atoms can be classified by type. Each different type of atom is an element. Scientists have found 118 elements. You may recognize some of them! Have you ever heard of oxygen, helium, or carbon? Those are all elements.

People have come a long way from the original four elements! How do scientists keep them all straight? A Russian chemist named Dmitri Mendeleev came up with a way to organize the elements. His system is called the periodic table.

When Mendeleev first made the periodic table in 1869, it included 64 elements. As new elements were discovered and named, they were added to the table. Today, elements on the periodic table are organized according to their atomic number. That’s the number of protons in an atom of each element. It starts with a “1” for Helium and goes all the way to “118” for Oganesson.

Each element also has its own symbol. In most cases, the symbol matches the element’s name. For example, “O” means Oxygen, and “N” means Nitrogen. Sometimes, the symbols aren’t as straightforward. The symbol for Potassium is “K,” and Iron is “Fe.” Can you guess what element has the symbol “Au”? It’s gold!

You can learn a lot about the elements by reading the periodic table. An element’s location can tell you about the structure of its atom. The elements are also grouped by their chemical properties. This helps scientists separate different types of metals and gases.

Is the periodic table complete today? Not necessarily! Oganesson was added to the table in 2006, and any new elements will be added as they’re found. Will you find the next element? What would you name it?