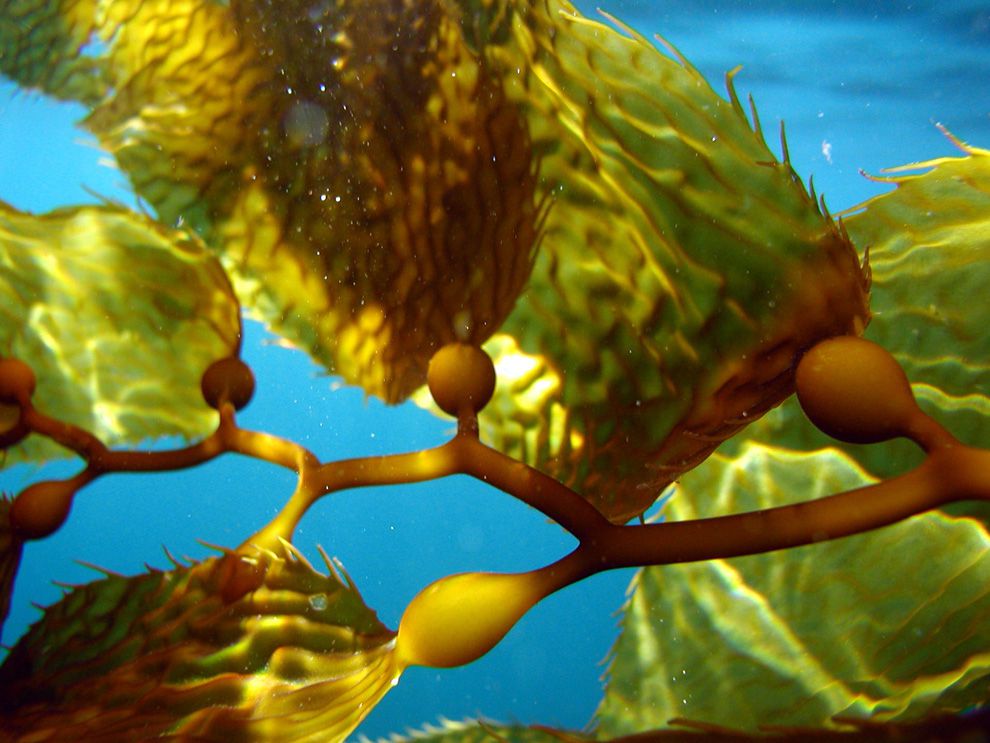 An autotroph is an organism that can produce its own food using light, water, carbon dioxide, or other chemicals. Because autotrophs produce their own food, they are sometimes called producers.

Plants are the most familiar type of autotroph, but there are many different kinds of autotrophic organisms. Algae, which live in water and whose larger forms are known as seaweed, is autotrophic. Phytoplankton, tiny organisms that live in the ocean, are autotrophs. Some types of bacteria are autotrophs.

Most autotrophs use a process called photosynthesis to make their food. In photosynthesis, autotrophs use energy from the sun to convert water from the soil and carbon dioxide from the air into a nutrient called glucose. Glucose is a type of sugar. The glucose gives plants energy. Plants also use glucose to make cellulose, a substance they use to grow and build cell walls.

All plants with green leaves, from the tiniest mosses to towering fir trees, synthesize, or create, their own food through photosynthesis. Algae, phytoplankton, and some bacteria also perform photosynthesis.

Organisms that use chemosynthesis live in extreme environments, where the toxic chemicals needed for oxidation are found. For example, bacteria living in active volcanoes oxidize sulfur to produce their own food. At Yellowstone National Park in the U.S. states of Wyoming, Idaho, and Montana, bacteria capable of chemosynthesis have been found in hot springs.

Bacteria that live in the deep ocean, near hydrothermal vents, also produce food through chemosynthesis. A hydrothermal vent is a narrow crack in the seafloor. Seawater seeps down through the crack into hot, partly melted rock below. The boiling-hot water then circulates back up into the ocean, loaded with minerals from the hot rock. These minerals include hydrogen sulfide, which the bacteria use in chemosynthesis.

Autotrophs in the Food Chain

All food chains start with some type of autotroph (producer). For example, autotrophs such as grasses grow in the Rocky Mountains. Mule deer are herbivores (primary consumers), which feed on the autotrophic grasses. Carnivores (secondary consumers) such as mountain lions hunt and consume the deer.

Radiotrophs
Some fungi use gamma radiation and a natural pigment called melanin to create energy for growth. Gamma radiation is a high-frequency band of light that is invisible to people and can cause damage to human tissues when encountered in large doses. These strange, rare fungi are called radiotrophs. They are found inside and around the abandoned Chernobyl Nuclear Power Plant in Ukraine.

Photoheterotrophs
Some varieties of bacteria use light to create their own food, just like organisms that use photosynthesis. However, these bacteria are not autotrophs, because they must rely on chemicals besides carbon dioxide for carbon. These strange bacteria are called photoheterotrophs.