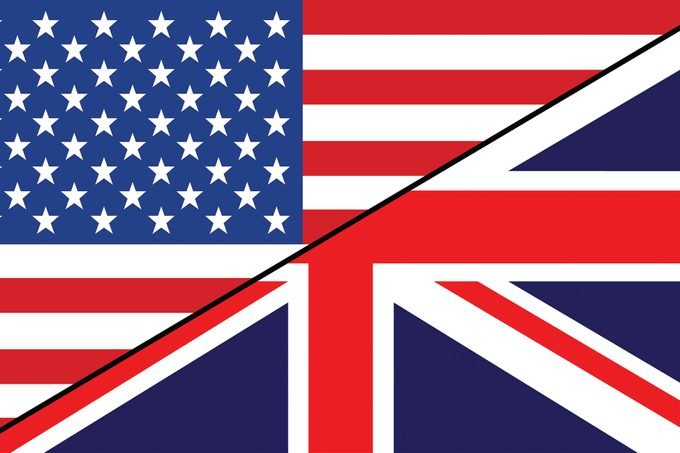 Hint: It has to do with the American Revolution.

It’s no secret that the Brits spell a few words differently than us Americans: “color” becomes “colour,” “organize” becomes “organise,” “liter” becomes “litre”—and that’s before we get into the whole thing about calling “sneakers,” “trainers” and “elevators,” “lifts.” So how did our spellings become so varied? Turns out, there’s just one person to blame: Noah Webster, of Merriam-Webster dictionary fame. Here’s why Americans and Brits don’t have the same accent.

Up until the late 18th century, people didn’t concern themselves with how words were spelled, explains BBC America’s Anglophenia. Because only the most highly educated citizens learned to write at all, spoken word was much more important to them than any type of “proper” spelling (just read a conversational letter from the time if you need proof). That’s until British lexicographer Samuel Johnson published his A Dictionary of the English Language in 1755. It took a few decades to catch on, but eventually, the Brits were making serious headway toward uniform spelling.

By the time Johnson’s Dictionary had gathered momentum, we Americans were stirring up trouble across the pond. After deciding we wanted to be our own country, it only seemed natural we should have our own spellings, too. Noah Webster led the charge. “As an independent people, our reputation abroad demands that, in all things, we should be federal; be national,” he wrote in a 1789 essay urging spelling reform, “for if we do not respect ourselves, we may be assured that other nations will not respect us.” Learn the 30 British phrases that always confuse Americans.

Clearly, spelling was a hot-button issue. In order to differentiate American English from British English, Webster wanted the American version to be free of the “clamor of pedantry” he thought marked the English language. That meant removing the superfluous letters in words such as “colour,” “catalogue,” and “programme.” Webster made these spellings official with the first American dictionary, A Compendious Dictionary of the English Language, published in 1806.

With our new dictionary and truly patriotic spellings, the American people were able to move forward as an independent country. But that’s not to say that some British influence didn’t seep into our culture. For example, here’s some common British slang you didn’t realize you knew.