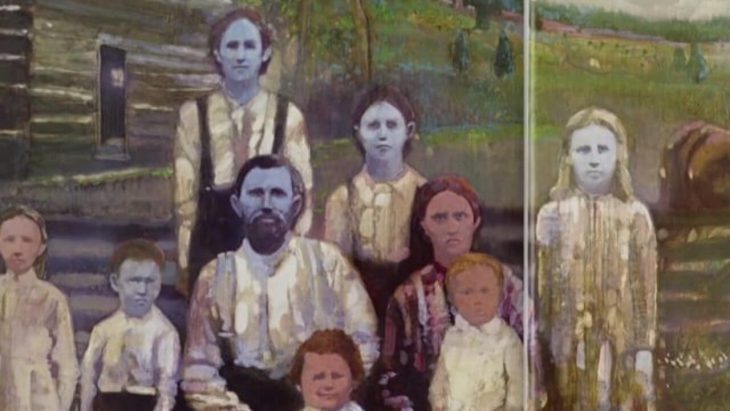 When it comes to the Fugate family, the color blue is everywhere. Skin colors of the human vary depending on your ethnicity, location, and genetic traits. It’s alright to get self-conscious regarding an acne scar or two. It’s also completely healthy to have oily skin! Freckles aren’t such a bad thing to have either. Beauty lies in the eye of the beholder. This means it’s up to you to define what makes you beautiful. But never be ashamed of your body! You could be small, tall, in the plus-size, or the small size. You could have brown skin, white skin, black skin, or even blue skin. It doesn’t matter what it is. It’s what makes you unique!

Did you back-read just now? We’re betting you did. Yes. It’s actually natural for some people to have blue skin. And we’re not talking about blue-black skin bruises you get from a terrible fall. We’re talking about the real deal. Our world has interesting ways to adapt for survival and sometimes it can come with an aesthetic change. Blue skins like the smurfs aren’t actually that far-fetched. The most notable folks with blue skin are the Fugate family. A group of people with a very rare skin disease. We’re sure you have a lot of questions. It’s not hard to imagine the thoughts running through your head. So why don’t we get started on discussing the blue people of the Appalachian mountains?

The Fugate family head, Martin Fugate, came from France to restart his life in America with a local bride. Though they were unrelated, the gene started from them. This is because both Elizabeth Smith and Martin Fugate carried the genes for it, making it impossible not to be passed down. It was their children that committed incest afterward.

It wasn’t much of a problem before. Having an inbred family was once common in the past. In the 1910s, Kentucky didn’t have easy access to transportation. Because of this, people often married their cousins instead. Nowadays, incest is a moral issue that many people debate about. However, the biggest issue regarding inbred families is not the morality of it all, but the hereditary problems that follow.

The eastern mountain people of Kentucky are called the Appalachians have been known to inbreed. This means that they marry and have children with their blood relatives. Appalachian people, inbreeding is a stereotype. However, it is also true that many Appalachians have committed incest.

Inbred humans often carry many mental and physical disorders. An example would be the Whitakers of West Virginia, who have been called awful names like inbred hillbillies despite the lack of proper education and care for them. This stems from a stereotype of Appalachian people inbreeding.

For the Fugate Family, their inbreeding wasn’t the source of them turning blue, but it did help preserve the skin condition in the family genome.

The Reason Why They Turned Blue

The Fugate family has earned many nicknames over time. They’ve been called the Blue People of Kentucky, the Huntsville Subgroup, and the Blue People of Troublesome Creek Kentucky. This is because some members of the family had blue skin. A lot of people had different stories regarding the Fugate family’s skin origin, but the truth is that they have a genetic disease called methemoglobinemia.

Methemoglobinemia (MetHb) can be gained by hereditary means or through the consumption of specific medicines and food. The condition is a side-effect of the overproduction of methemoglobin. This makes oxygen distribution difficult to pass through body tissues, making them blue in color.

Methemoglobinemia in the Fugate family is passed down genetically. In most cases, both parents do not suffer from it, but both carry the gene. That wasn’t the case for Martin Fugate and Elizabeth Smith.

The Fugate family head was named Martin Fugate. He was an orphan of French descent. Martin migrated to the United States and settled in Troublesome Creek, Kentucky. He had visible dark blue skin.

Elizabeth Smith was the wife of Martin Fugate. She was a red-headed American who also carried blue skin in her genes. She gave birth to seven children. Out of the seven, four inherited their father’s blue skin. It is unclear whether Elizabeth herself also had blue skin. All Fugate family photos have always been in black and white.

Luna was the child of Levi Fugate and his first cousin, Hannah Ritchie. She had seven other siblings. Luna was also blue-skinned like her great grandfather, Martin. It had been a few years since the last of Blue Fugate. She is also a direct descendant of Benjamin Stacy, the last blue Fugate family member.

Benjamin Stacy was the last of the Fugate family members to have blue skin and lived a healthy life. He was born in the 1970s in a maternity ward of Hazard, Kentucky. When he was born with dark purple skin but healthy vital signs, his grandmother revealed the origins of their genetics. This clarified that a rare gene that only the Appalachians have was passed down to Benjamin.

As he grew older, Benjamin lost his blue skin tone. It only appeared on his lips and fingertips when he was feeling chilly or agitated. This goes for most of the Fugate descendants as well. Benjamin has since left Kentucky and moved to Alaska.

Cure For The Blues

After being blue for one hundred and sixty-two years, the Fugate family members weren’t completely shunned by Kentucky locals. They had always been blue, and no one questioned it. It was only until Patrick and Rachel Ritchie reached out to Doctor Madison Cawein, a hematologist, for help.

The cure for the methemoglobinemia they were suffering from was to help the siblings feel less uncomfortable with themselves. The Appalachian blue skin was a clear indication of inbreeding, and you can only imagine the fear they were experiencing.

The Fugate family portrait that circulates the Internet is actually just a painting Walt Splitzmiller was commissioned to do so. It depicts what he believes is an accurate depiction of the 1800s. Walt was only told to draw a family where the father and a few children had blue skin. The rest of the painting’s accuracy was based on his own research.

The painting has since then been a scanned copy posted without Walt’s permission many times. The copy that floats about on the Internet is of inferior quality. Walt kept the painting safe knowing how much it meant not just in terms of financial necessity, but also to their family and the Fugate family.

There’s only one original slide painting of it in existence. He exchanged emails with them and decided to digitize the painting as well. Now a high-resolution image of the famous Fugate family portrait circles the net.

The portrait was commissioned by Science 82, a magazine that did an article regarding the Fugate family entitled, “The Blue People of Troublesome Creek.”

Other Causes of Blue Skin Disorder

Paul Karason was a redhead before eating a handful of health supplements containing colloidal silver. He became one of the very few blue-skinned people. The Internet loved him and he was dubbed “Papa Smurf” because of his white beard. Take note that Paul’s case was severe. Those suffering from Argriya usually have silver-blue skin. Internet famous and was dubbed “Papa Smurf” due to their similarities.

There’s also the possibility of the Blue Man Syndrome. The cause for Blue Man Syndrome is Amiodarone. The medicine is used for antiarrhythmic relief. Though it’s not as permanent as the blue family.

Are There Any More Blue Skin People Now?

The Fugates of Kentucky’s descendants no longer have any blue Fugate babies around. Kentucky blue people are now unheard of compared to their earlier days. This is thanks to more people coming in from other towns and the Fugates marrying outsiders from their families. Whether the hills of eastern Kentucky have seen their last blue man or not is unknown. It’s only a matter of time before we develop a better cure through science. There’s definitely more than just the Fugate family that’s carrying this recessive gene.