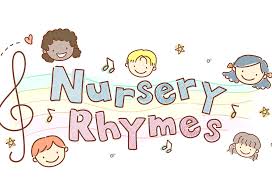 In the canon of great horror writing, Stephen King, Edgar Allan Poe, H.P. Lovecraft, Bram Stoker, and Mary Shelley tend to dominate the craft. But Mother Goose isn’t too far behind. Yes, that fictional grande dame of kiddie poems has got a bit of a dark streak, as evidenced by the unexpectedly sinister theories surrounding the origins of these 11 well-known nursery rhymes.

Though most scholars agree that “Baa, Baa, Black Sheep” is about the Great Custom, a tax on wool that was introduced in 1275, its use of the color black and the word “master” led some to wonder whether there was a racial message at its center. Its political correctness was called into question yet again in the latter part of the 20th century, with some schools banning it from being repeated in classrooms, and others simply switching out the word “black” for something deemed less offensive. In 2011, news.com.au reported on the proliferation of “Baa, Baa Rainbow Sheep” as an alternative.

It’s hard to imagine that any rhyme with the phrase “goosey goosey” in its title could be described as anything but feelgood. But it’s actually a tale of religious persecution, during the days when Catholic priests would hide themselves in order to say their Latin-based prayers, a major no-no at the time—not even in the privacy of one’s own home. In the original version, the narrator comes upon an old man “who wouldn’t say his prayers. So I took him by his left leg. And threw him down the stairs.” Ouch!

Admit it, you fooled around with the lyrics to “Jack and Jill” a bit yourself when you were younger, turning what you thought was an innocent poem into something a little bit naughty. But its origins aren’t as clean-cut as you probably imagined. One of the most common theories surrounding the story’s origin is that it’s about France’s Louis XVI and his wife, Marie Antoinette, who were both found guilty of treason and subsequently beheaded. The only problem is that those events occurred nearly 30 years after “Jack and Jill” was first written. The more likely possibility is that it’s an account of King Charles I’s attempt to reform the tax on liquid measures. When Parliament rejected his suggestion, he instead made sure that the volume was reduced on half- and quarter-pints, known as jacks and gills, respectively.

In 2006, Fergie got saucy with some of this classic kid tune’s lyrics. But the original song wasn’t much better. Depending on whom you ask, “London Bridge is Falling Down” could be about a 1014 Viking attack, child sacrifice, or the normal deterioration of an old bridge. But the most popular theory seems to be that first one. More specifically: the alleged destruction of London Bridge at the hands of Olaf II of Norway some time in the early 1000s. (“Alleged” because some historians don’t believe that attack ever took place.) The song’s popularity around the world is often cited as further proof that it was the Vikings who created it, believing that they brought the tune to the many places they traveled. Oh, and that whole child sacrifice thing? That’s an idea that is also often debated (there’s no archaeological evidence to support it), but the theory goes that in order to keep London Bridge upright, its builders believed that it must be built on a foundation of human sacrifice, and that those same humans—mostly children—would help to watch over the bridge and maintain its sturdiness. Which we’re pretty sure isn’t a practice they teach you in architecture school.

“Contrary” is one way to describe a murderous psychopath. This popular English nursery rhyme, which reads like a solicitation for gardening advice, is actually a recounting of the homicidal nature of Queen Mary I of England, a.k.a. Bloody Mary. A fierce believer in Catholicism, her reign as queen—from 1553 to 1558—was marked by the execution of hundreds of Protestants. (Silver bells and cockle shells are torture devices, not garden accouterments.)

“Three Blind Mice” is supposedly yet another ode to Bloody Mary’s reign, with the trio in question believed to be a group of Protestant bishops—Hugh Latimer, Nicholas Radley, and The Archbishop of Canterbury, Thomas Cranmer—who (unsuccessfully) conspired to overthrow the queen and were burned at the stake for their heresy. Critics suggest that the blindness in the title refers to their religious beliefs.

No, there’s nothing particularly inflammatory about the lines “Eeny, Meeny, Miny, Mo, Catch a tiger by his toe.” But there is when you consider that the word “tiger” is a relatively new development in this counting rhyme, as a replacement for the n-word. Even with the lyrical switch-out, any reference to the poem still has the ability to offend. In 2004, two passengers sued Southwest Airlines was for intentional infliction of emotional distress and negligent infliction of emotional distress, following an incident where a flight attendant used the rhyme in a humorous fashion during takeoff when she told passengers: “Eeny meeny miny mo, Please sit down it’s time to go.” (The court sided with the airline.)

“Here We Go Round the Mulberry Bush” is often sung as part of a children’s game. According to historian R. S. Duncan, a former governor of England’s Wakefield Prison, the song originated with that 420-year-old institution’s female prisoners, who were exercised around a mulberry tree. Which is probably not the connotation your six-year-old self had in mind.

One interpretation of this famous lullaby is that it is about the son of King James II of England and Mary of Modena. It is widely believed that the boy was not their son at all, but a child who was brought into the birthing room and passed off as their own in order to ensure a Roman Catholic heir to the throne.

Considering that some of today’s classic nursery rhymes are more than two centuries old, there are often several theories surrounding their origins—and not a lot of sound proof about which argument is correct. But of all the alleged nursery rhyme backstories, “Ring Around the Rosie” is probably the most infamous. Though its lyrics and even its title have gone through some changes over the years, the most popular contention is that the sing-songy verse refers to the 1665 Great Plague of London.“The rosie” is the rash that covered the afflicted, the smell from which they attempted to cover up with “a pocket full of posies.” The plague killed nearly 15 percent of the country’s population, which makes the final verse—“Ashes! Ashes! We all fall down”—rather self-explanatory.

But Snopes labels this reading false, and quotes folklorist Philip Hiscock with a more likely suggestion: That the nursery rhyme probably has its origins “in the religious ban on dancing among many Protestants in the nineteenth century, in Britain as well as here in North America. Adolescents found a way around the dancing ban with what was called in the United States the ‘play-party.’ Play-parties consisted of ring games which differed from square dances only in their name and their lack of musical accompaniment. They were hugely popular, and younger children got into the act, too.”

To many, “Old Mother Hubbard” is not a mother at all—nor a woman. The poem is speculated to have been written as a mockery of Cardinal Thomas Wolsey, whose refusal to grant an annulment to King Henry VIII, so that he could marry Anne Boleyn, led to his political downfall.