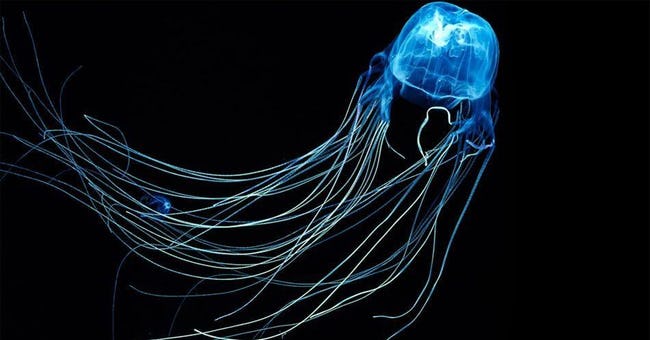 When taking a relaxing walk on the beach, the last thing you want to step on is an animal that will kill you within minutes. But the most venomus animals in the world might do just that. Whether they live in land or sea, a handful of creatures around the world (mostly in Australia) can take your life incredibly quickly. From fish to snakes, there’s always something that will take you out just minutes after you realize there’s something there at all. How fast can animal venom kill? That depends. Whether you can survive venomous animal attacks depends on how quickly you get care.

You might be wondering what the common symptoms are when you get stung or bitten by one of these creatures. It usually starts with numbness, then muscle paralysis, eventually followed by either respiratory failure or cardiac arrest. How long that takes depends on the creature, but depending on your luck it could take as long as a few hours… or as little as five minutes. Curious what to expect from the most venomous creatures in the world? Note that these animals are not ‘poisonous’, but venomous. Poison only kills you if you eat it. Check out our list below so you can be prepared.

How Quickly You’ll Die: Under 5 minutes

Believed to be the most toxic animal in the sea, the box jellyfish is just about the worst animal you can come across on this list. While most species of box jellyfish aren’t actually lethal to humans, the ones that are can take you out in no time. You’ll become paralyzed, your heart will stop, and chances are that will all happen while you’re underwater. Most of these creatures are found off the coast of Australia.

This 2-inch frog from South America contains enough toxin to kill 10 people. The skin secretions are so potent, Colombian tribes have used it to tip their blowgun darts, which is where the name originated. The interesting thing about these guys is they’re not naturally toxic, since those raised away from the jungle never develop toxicity. It’s been speculated that they pick up various toxins from plants in their habitat.

Like most animals in the world, the nastiest spiders can be found in Australia. The Australian funnel-web spider is responsible for more than a dozen reported deaths, all within 15 minutes of the initial bite. It’s widely believed that if the spider bites you in the torso, you’re done for. In one reported case, a woman bitten in the neck died within five minutes.

How Quickly You’ll Die: Under 10 minutes

When one of these creatures bites you, you probably won’t notice it right away. Within minutes, though, your body will start to go numb and you’ll have difficulty breathing. Before you know it, you’ll be vomiting before you experience a full respiratory failure. Your heart will keep beating right up until the point it runs out of oxygen. Luckily, some people manage to survive longer than 10 minutes, but even then your only hope is to go on a ventilator before you’re completely paralyzed. What makes this creature even more terrifying is it holds enough venom to do damage in bulk – it can kill up to 26 adults at once. So next time you’re swimming in the Indian Ocean or the Pacific Ocean – specifically near Australia or Japan – look out for these little guys.

How Quickly You’ll Die: Anywhere from 20 minutes to 24 hours

It may look kinda cute, but this inflatable nightmare fish carries an incredibly potent toxin called tetrodotoxin. Deadly to humans, tetrodotoxin is 1,200 times more toxic than cyanide. Once you’re hit, the toxin will start paralyzing all your muscles, including those in the respiratory system. It then causes brain damage, effectively making you a zombie before ending your life. And if you’re wondering, there’s no cure. These fish are usually found in the waters of South America, Africa, and Southeast Asia.

The craziest part of all? You can actually eat puffer fish in Japanese restaurants. At your own risk, of course.

How Quickly You’ll Die: Within 30 minutes

The king cobra may not have the most powerful venom of all snakes, but you still don’t want to go anywhere near it. One bite delivers enough venom to kill 20 people. It can also take down an entire elephant. The venom is a powerful neurotoxin, which will paralyze and eventually asphyxiate you. Typically this deadly animal is found in Southeast Asia and India.

Belcher’s sea snake is actually a very docile snake, but if it bites you, you’re in a world of trouble. Native to the Indian Ocean, this snake very rarely attacks humans, but when it does, its venom has the power to end your life in 30 minutes.

A silver lining? This well-tempered animal only releases venom 25 percent of the time when it bites, meaning if you come into contact with one and get bitten, there’s a good chance you’ll be just fine.

Considered the most venomous snake in the world, the inland taipan (which is found in Australia) evolved to become lethal to anything with warm blood. Its venom is perfect for taking out any mammal, with a single bite having enough toxin to kill at least 100 people. It’s literally 50 times more toxic than the next most venomous snake, the king cobra. Fortunately, this guy isn’t considered the most deadly snake on the planet thanks to its reclusive nature – meaning it doesn’t come into contact with many humans.

How Quickly You’ll Die: Within an hour

This little guy is no joke. When it bites you, its toxin causes “extreme pain, swelling, paralysis, skin cell destruction,” and heart attacks, among other things. Luckily, there is an anti-venom available, which means the deaths from these spiders are mostly in small children whose bodies can’t handle the venom like adults – assuming victims get immediate medical attention. Watch out while wandering around Central and South America, where these spiders call home.

How Quickly You’ll Die: Less than an hour

This incredibly ugly fish also happens to be the most veno one in the world. It has 13 spines running down its back, each capable of delivering an incredibly strong neurotoxin that can give its victims severe shock and even heart failure. The scary part is they can survive for up to 24 hours outside of water, so it’s pretty easy to accidentally step on them at Indo-Pacific beaches if you’re not careful. Luckily, an anti-venom exists and is readily available.

The good news is, the marbled cone snail actually contains painkiller compounds that are 10,000 more potent than morphine – without all the nasty addictive problems. The bad news is that its venom is so strong, it instantly paralyzes you. There’s no anti-venom, so surviving an encounter with one of these snails off the coast of the Indian Ocean is entirely up to perseverance and luck.