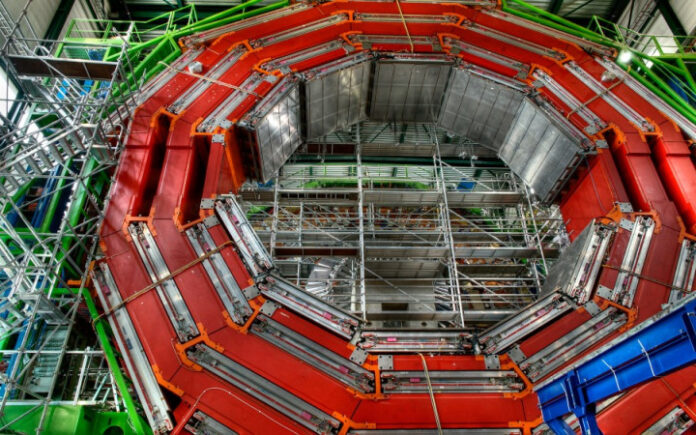 If that sounds like you, we may have the perfect career for you: physicist. Instead of tiny cars, though, you get to use gigantic machines to smash tiny atoms together. What are we talking about? None other than a particle accelerator!

Particle accelerators, sometimes known by the nickname “atom smashers,” allow scientists to accelerate tiny subatomic particles, such as electrons or protons, to near the speed of light. Then they allow a particle to collide with an atom, smashing it into pieces so they can learn about what’s inside of it. It’s kind of like learning about what’s inside a smartphone by examining the pieces after you drop it from the top of a skyscraper!

Scientists first learned about subatomic particles, such as protons, neutrons, and electrons, in the early 20th century. Particle accelerators were invented in the 1930s to allow scientists to learn even more about the internal structure of the atom.

Particle accelerators use different types of technology to work their magic. For example, electric fields are used to accelerate particles as they travel through a vacuum inside a metal pipe. To create calculated collisions, large electromagnets precisely direct the particles to their targets, which could be thin pieces of metal or another beam of particles.

After the collision takes place, sophisticated particle detectors are used to detect and record the radiation and particles produced. Scientists examine the results to gain a better understanding of particle physics. Beyond the world of physics, the results of particle acceleration experiments have been used for many other purposes, including medical research, development of new technologies and products, and even national security.

When it comes to particle accelerators, there’s one that stands head and shoulders above the rest: the Large Hadron Collider (LHC). Located at CERN in Geneva, Switzerland, the LHC consists of approximately 17 miles of tunnels that sit nearly 600 feet below the border of Switzerland and France.

The LHC accelerates two beams of protons in opposite directions around the tunnels. The beams of protons are steered by a system of electromagnets about 100,000 times stronger than Earth’s magnetic field. To counteract the heat produced in the process, the world’s largest cryogenic system keeps the electromagnets cooled to a temperature of -456º F!

In case you’re WONDERing where the LHC gets all those protons it uses, you might be surprised to learn its proton source is a single bottle of hydrogen gas that only needs to be replaced twice each year. Scientists have used the LHC to try to recreate the conditions immediately following the Big Bang at the beginning of the universe. In 2012, scientists using the LHC discovered the Higgs boson, the subatomic particle believed to hold the key to understanding how particles get their mass.