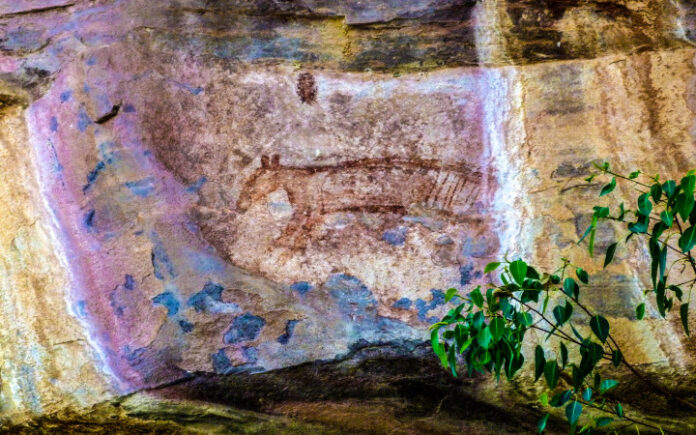 Many Wonder Friends know about the Tasmanian devil. But there are many other interesting animals in Tasmania. The island is also home to wombats and emus. And today’s Wonder of the Day may still live there, too. That’s right! Today, we’re talking about thylacines!

Thylacines are also known as Tasmanian tigers or Tasmanian wolves. They were the world’s largest marsupial carnivore. Thylacines carried their young in pouches, much like kangaroos. They were sand-colored with dark stripes. Tasmanian tigers grew to be as long as 51 inches (130 cm). That length includes their tails, which could grow up to 26 inches (65 cm).

Did thylacines only live in Tasmania? Experts don’t think so. They have found fossil evidence of the animal in Australia and Papua New Guinea. However, they think populations in these countries were wiped out about 2,000 years ago.

In 1803, Europeans colonized Tasmania. At that time, there were about 5,000 Tasmanian tigers on the island. After that, the thylacine population dropped quickly. This was largely caused by hunting. By the 1920s, it was rare to see a Tasmanian tiger in the wild.

The last known living thylacine was kept in a zoo in Hobart, Tasmania. His name was Benjamin. One cold night in 1936, Benjamin’s caretakers left him locked outside of his shelter. He died from exposure. Sadly, the species became extinct with Benjamin’s death.

Or did it? Since 1936, many people in Tasmania say they’ve seen the animal. Over the years, Tasmania’s Parks and Wildlife Service has received over 400 reports of sightings. Are Tasmanian tigers still alive after all? Some people in Tasmania seem to think so.

In recent years, people have tried to catch Tasmanian tigers on camera. Many use camera traps that sense motion.  In 2017, a group called the Booth Richardson Tiger Team thought it succeeded. Members of the group claimed to see Tasmanian tigers in their pictures and videos.

More reported sightings came in 2017 and 2018. In July 2019, a man believed he found a Tasmanian tiger footprint in the mountains near Hobart. The Parks and Wildlife Service has not confirmed that thylacines are still alive. Still, those who reported sightings are sure of it.

In the early 2000s, some scientists believed they had another way to bring back the thylacine. With DNA from a female Tasmanian tiger, they started the Thylacine Cloning Project. They planned to bring back the species through cloning. However, the project ended in 2005 with no successful clones.

What do you think? Have there been thylacines living in the wild all this time? Or were all those reported sightings mistakes? If they really are still alive, how amazing that discovery would be!